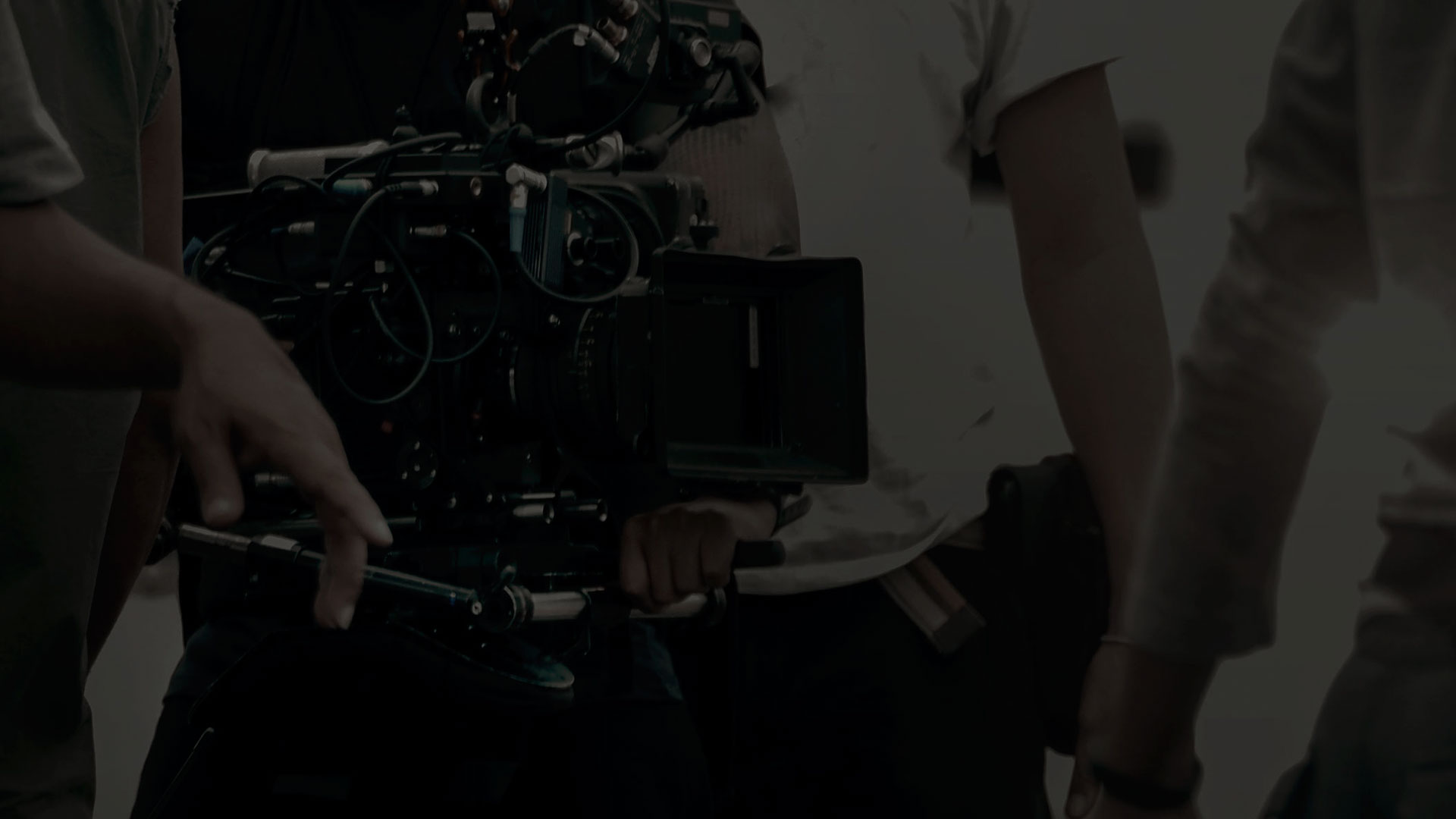 Every four years an elite group of sailors endeavour to sail single-handed, non-stop in a circumnavigation of the planet, through the most unpredictable and perilous conditions imaginable. They are competitors in the Vendée Globe – one of the most arduous, challenging and dangerous events in sport.

These sailors know the real adversaries are the waves and the weather, the ice and the isolation. The 2016 race had an Irish Skipper competing for the first time, as Irish businessman Enda O’Coineen sailed the Kilcullen Voyager into the history books.

But this grand solo voyage did not go to plan…

“In 1940s Hollywood, an Irishman burst onto the scene with a crusading vision to save America

Martin Sheen narrates this fascinating documentary on Fr Patrick Peyton, the Irish-American priest who brought Hollywood celebrities and millions across the globe to their knees in praying the Rosary.

FR PATRICK PEYTON was an Irish priest who became an unlikely Hollywood mogul, recruiting celebrities to a global prayer campaign that reached millions. Controversially, Fr Peyton’s efforts came to the attention of the CIA which secretly funded his Rosary Crusade as a weapon of mass devotion to fight ‘Godless communism’ during the Cold War.

GUNS & ROSARIES Originally from County Mayo, Patrick Peyton contracted TB while studying for the priesthood in America in the late 1930s.
On his sickbed, he prayed the Rosary and made a full recovery, and then promised to dedicate the rest of his life to promoting family prayer.
From the mid-1940s and with his famous slogan ‘the family that prays together stays together,’ Fr Peyton built a media empire in radio, TV and movies. He created a roadshow and turned it into an international campaign for family prayer that attracted millions on every continent.
This international Rosary Crusade came to Ireland in 1954 – 21 Rosary Rallies were held across Ireland attended by 400,000 people.

“HE USED A CULTURE OF CELEBRITY TO SUPPORT HIS OWN MESSAGE IN WAYS THAT WERE INNOVATIVE AND HARD TO IMAGINE TODAY.”

“EVERYBODY KNEW WHO HE WAS… AND WHAT HE WAS SELLING.”

“VIEWING HIM WITHIN THE CONTEXT OF THE COLD WAR AND WHAT WE KNOW ABOUT THE CIA, PERHAPS THERE ARE TOUGH MORAL AND ETHICAL QUESTIONS THAT COULD BE ASKED.”

At the dawn of the 1960s, the Rosary Crusade and American Foreign policy fell into sync; Fr Peyton’s efforts came to the attention of the CIA which secretly funded the Rosary Crusade as a weapon of mass devotion to fight ‘Godless communism’ in Latin America during the Cold War
– a partnership that ended only with the intervention of Pope Paul VI. However a changing society and a changing church through the 1960s
did not suit a conservative priest and his traditional devotions. And yet he continued his family Rosary Crusade and media work. In 1985, two
million attended the Rosary Rally in Manila in the Philippines – a last great hurrah in his final years. Fr Patrick Peyton died in 1992 aged 83.

A team of expert presenters in engineering, architecture and geography explore
some of the finest examples of Ireland’s building and engineering heritage

BUILDING IRELAND explores and explains how Ireland’s great building and engineering achievements came to be, and their impact on the development of our towns and cities. In the company of an enthusiastic team of experts, the series marries local heritage with construction technology and engineering. Architecture, geography and engineering are the disciplines brought to bear; each programme focuses on a prime example of Ireland’s built heritage and recounts the fascinating story of its construction.

Tim Joyce is a practicing Civil Engineer with a passionate interest in the way our predecessors got things done with limited resources and technology. He investigates WHAT did they do and HOW did they do it?

Dr Susan Hegarty is a Physical Geographer with a fascination for the interaction of people with the landscape. She explores WHERE they do it and WHY?

Orla Murphy is an award-winning architect with an expert knowledge of civic buildings and industrial archaeology who can’t stop telling people about it. She discovers WHO did it and WHEN?

THE CHINA MISSION – AN MISEAN SA tSIN (2017) From 1920 to 1954, hundreds of Irish men and women served as Roman Catholic missionaries working in social, pastoral and disaster relief services at an extraordinarily turbulent but fascinating period of Chinese history. Ordinary Irish people made a commitment to serve their church and engage with a profoundly different culture at the other side of the world. The series features rare film archive and photographs from missionary collections documenting times of political chaos, famine, floods and war.

THE CHINA MISSION (An Misean sa tSín) Programme 1: Tús (Origins)
Irish priests and nuns began working as catholic missionaries in China in the 1920s – an extraordinary story of cultural interaction and commitment in the face of natural disaster and political danger.

THE CHINA MISSION (An Misean sa tSín) Programme 2: Tubaiste (Disaster)
The 1931 Yangtze River flood is the greates natural disaster in human history. Irish missionary priests and nuns working in China at the time were an important voice in solidarity with the people they went to serve.

THE CHINA MISSION (An Misean sa tSín) Programme 3: Cogadh (War)
When the Japanese invaded China during WWII, Irish missionaries found themselves in occupied and unoccupied territory. The war wreaked a heavy toll in China but the defeat of Japan did not bring peace.

THE CHINA MISSION (An Misean sa tSín) Programme 4: Díbirt (Expulsion)
There was to be no place in Communist China for the Irish missionary priests and sisters who had worked in the country for four decades. Irish missionaries were arrested and imprisoned in harsh conditions. By 1954 all had been expelled.

CLASS SWAP follows three groups of Irish teenagers as they abandon their classrooms
to sample the realities of school life in Finland, Poland and Spain

CLASS SWAP (2014) This adventurous and challenging exercise takes place over a two-week period, when twelve Irish students and three of their teachers immerse themselves in schools and communities to find out what school life is really like across Europe. Along the way, they assess how our Irish education system compares and what it is like to be a teenager in another country. CLASS SWAP features three radically different countries with equally varying approaches to Education: Finland, the European poster boy for education where individuality is seen as key to their system; Poland, the country which boxes way above its weight considering its lack of resources and small education budget; and Spain, a country suffering a worse recession than Ireland and where schools are having to cope with crippling cut-backs. Throughout the six-part series our inquisitive, intrepid reporters from Limerick, Meath and Leitrim give eye-witness accounts, share exciting experiences and deliver fascinating insights on education and much, much more.

We use cookies to ensure that we give you the best experience on our website. If you continue to use this site we will trust that you are happy with it.Ok